In the previous articles, we discussed how meditation has such a strong positive influence on our nervous system, the cardiovascular system, respiratory system, endocrine system as well as our immune system. In this article, we will discuss how this powerful technique can also positively impact and change our brain chemistry. 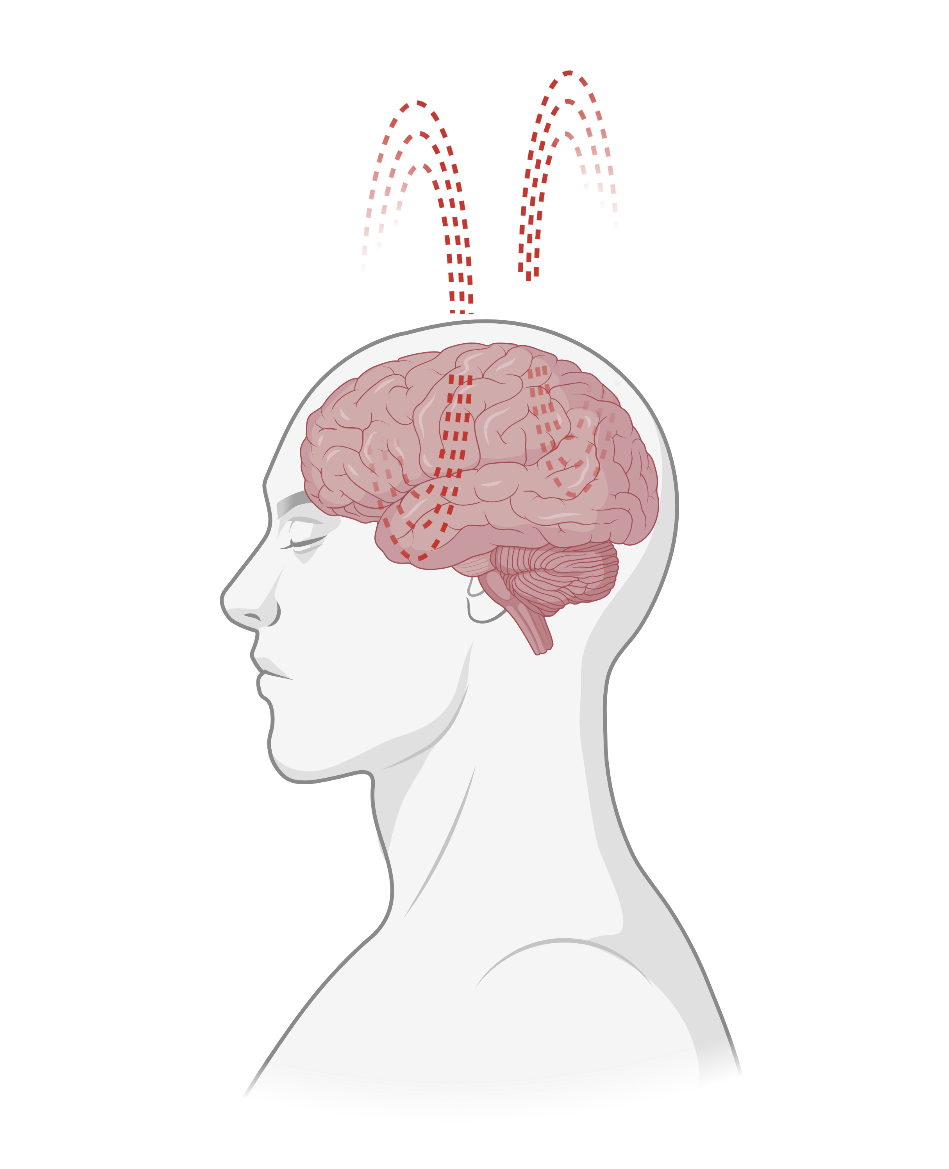 Why it is important to practice meditation for better neurochemistry?

Many clinicians around the world are looking for ways to treat mental and physical disorders. Meditation is now an important avenue for research. It is clear that the general feeling of well-being after meditation are meditated by releasing neurochemicals such as dopamine, serotonin, and melatonin in limbic (emotional) brain regions. Studies indicate that neurochemicals such as serotonin, melatonin and dopamine levels are elevated during meditation and several important neurochemical changes in blood serum concentration have been found to occur during meditation.

A simple way to understand why we need a sufficient production of neurochemicals is to understand where the feelings of motivation originate from. Our brain is rewarded when we think about finishing a task. Dopamine is one of the neurochemicals that motivates us to strive for the next thing and this really was the evolutionary purpose for this motivating hormone for us to pay attention to the thing that helped us survive. We now know that we can harness motivation and feelings of well-being simply through the regular practice of meditation.

When we are unable to produce the necessary neurochemicals, we fatigue, lack motivation, and often suffer from depression. This leads to a loop that negatively effects one’s life and livelihood. Remember that your brain can naturally produce these neurochemicals through meditation. It is often more convenient to take drugs and medication to solve a problem. Of course, medications have an important role to play in emergency medicine where an immediate response is required to save a life. However, stressors in life cannot be resolved by simply consuming medications. We must remember that these drugs don’t occur naturally. They are produced synthetically and often have more than one function. Functions that are not always desirable. These are called side effects that may even cause more harm than good. Some medications can even have serious and long-term side effects. What is also interesting to note is that a lot of medications are often no more effective than a placebo. Therefore, independent validation of what these drugs really do is necessary.

With meditation, we have a discipline that can be utilized as a tool to get all the desired effects on brain chemistry naturally, and without introducing any foreign chemicals within the body.

How can meditation naturally produce neurochemicals?

Numerous studies show that the practice of meditation can affect brain structure and function. Some studies even report a moderate increase in brain size in regions such as the hippocampus and the corpus callosum among others [1]. From a basic neuroscience standpoint, such brain structure modifications require significant changes in neurochemicals. Such neurochemicals can then influence neuroplasticity (the ability of brain networks to change and re-organise) and neurogenesis (generation of new brain cells). Science indicates that mindfulness and exercise (e.g., yoga, tai chi) can increase BDNF, a brain-derived protein that promotes survival and growth of brain cells [2]. Overall, meditation has a profound ability to affect brain structure and can promote a neurochemical balance.

Let’s take a closer look at how neurochemicals work and why they hold an important role in your journey towards health, happiness, and fulfillment.

Dopamine – also known as the reward molecule – is a neurochemical that plays a vital role in your everyday decisions. Your ability to make decisions based on good or bad results that you achieved in past activities is coordinated by this neurotransmitter. Among other things, dopamine is also responsible for pleasure.

Research on both humans and primates revealed that dopamine has a significant impact on the neurons that make up the frontal medial cortex, thus mediating the link between reward and behaviour. In other words, whenever you make a decision that results in a favourable outcome, dopamine helps your brain ‘record’ this event, thus allowing you to make more good choices in the future.

For example, if you choose to include yoga or meditation into your routine, the positive outcomes that you experience will trigger the release of dopamine. As a result, you will feel more motivated to engage in such activities, as they generate an inner sense of pleasure and satisfaction.

But dopamine is also the neurotransmitter that controls your level of happiness by adjusting emotional impulses. Furthermore, by having a profound effect on your perception, dopamine can influence your level of optimism and motivation as well.

Low levels of dopamine are associated with stress, sadness, and even depression. Fortunately, there are plenty of activities that can keep your dopamine at optimum levels. For example, you can practice meditation to increase the amount of dopamine your brain produces.

Meditative practices can have a positive impact on our dopamine levels. For example, Yoga Nidra meditations have been shown to induce a 65% increase in endogenous dopamine release [3].  As a result, you will become mindful of the decisions you make, thus giving yourself the opportunity to choose the paths that will take you closer to living a more successful, fulfilling life.

Serotonin – also known as the confidence molecule – plays a crucial role in your overall mood. Researchers believe that high levels of serotonin are associated with feelings of happiness and self-confidence.

Furthermore, this neurotransmitter has a significant influence on your senses, and can also regulate aggression, appetite, sexual behaviours, body temperature, and metabolism.

As you can imagine, low levels of serotonin can lead to significant mood changes such as sadness, irritability, depression, and sleep disturbances. That’s why many of today’s antidepressants contain this neurochemical.

The chemical compounds in your body are truly fascinating. Thanks to serotonin you can benefit from an internal balance that provides well-being and supports the processes that contribute to your overall health.

Once again, you can use meditation and visualization techniques to boost your serotonin levels and gain the confidence you need to fulfill your true calling [4]. What is more interesting is that serotonin has an effect on the dopaminergic system as well suggesting that this cross-talk can enhance the feelings of euphoria [5]. In fact, why not go outside and meditate in nature!? Experts suggest that exposure to the sun can further stimulate the production of serotonin.

Oxytocin – also known as the love and bonding molecule – is the hormone that cultivates love and helps you form attachments with other people. The deeper and more intimate your relationship with another human being, the higher the amount of oxytocin your body produces. Intimate gestures such as hugs, kisses, consolations, and acts of tenderness can increase the amount of oxytocin.

For women, oxytocin has numerous physical effects. For example, this hormone plays a role in the contraction of the uterus during labour and stimulates the secretion and release of breast milk. When the mother holds her child, the body produces oxytocin, generating a positive mood and inner balance.

Mentally, oxytocin creates a fertile environment for trust and generosity. It helps you feel closer to your loved ones, see others in a better light, and even turn enemies into friends. In other words, it improves your mental and emotional state by influencing the quality of your relationships and social interactions.

You can benefit from the amazing effects of oxytocin by engaging in social activities or using positive affirmations to offer yourself the love and affection you need to pursue your life mission with authenticity and inner drive. And indeed, meditation can also induce oxytocin release. Using a meditation protocol that combines voice-vibration system and traditional Zen meditation, recent evidence points to a synergistic stimulation of oxytocin release consistent with the anti-stress and anti-anxiety effects of oxytocin (Machida et al. 2018 [9])

Endorphins – also known as the happiness molecules – are a group of neurochemicals that are believed to be of great importance to your overall state of happiness and well-being.

Unlike dopamine – which is associated with both good and bad outcomes – endorphins are released when you engage in pleasant activities; like when you savour a delightful meal or watch your favourite sitcom.

Among the positive effects of endorphins are low levels of aggression, physical pain, and depression. Unfortunately, the downside of endorphins is that it creates a short-term and potentially addictive sensation of pleasure. In other words, endorphins are one of the reasons why some people end up developing all sorts of addictions.

Some of the easiest and healthiest ways to stimulate the production and release of endorphins are meditation, prayer, and positive affirmations. ‘Program’ your brain to cultivate positive scenarios with affirmations, meditate your worries away [6] , and visualize the fulfillment of your life mission.

People who regularly meditate have been shown to have increased levels of the neurotransmitter GABA [7].

GABA – also known as the calming molecule – stands for gamma-aminobutyric acid. It’s a fancy name for a neurochemical produced by the brain using two ingredients: glutamate and vitamin B6.

GABA is an inhibitory neurotransmitter that generates a state of calm, tranquility, and inner balance. By regulating various chemicals, hormones, and other neurotransmitters that cause over-excitability, this element helps neurons communicate more effectively. Furthermore, GABA is considered an anti-epileptic agent and the base ingredient of endorphins.

The proper functioning of your brain (and consequently your body) relies on keeping GABA at optimal levels. In fact, recent studies suggest a close link between psychological stress and GABA levels [7]. In other words, stress can trigger imbalances in GABA levels, resulting in anxiety. But the main benefit of GABA is that it can reduce mental over-stimulation, allowing the brain to calm down and relax. Consequently, this neurochemical helps reduce stress and anxiety – two conditions that tend to occur when you take on more tasks than you can handle or spend too much time worrying.

Melatonin is a hormone known for the crucial role it plays in the regulation of our biological clock. In short, melatonin dictates – in part – the quality of your sleep. Factors such as lifestyle and aging can often influence the secretion of this hormone.

Having so many tasks to complete and so little time available can determine some of us to cut down on our sleep. Add stress, alcohol consumption, and unhealthy eating habits, and the end result is chaos in your melatonin levels.

Once again, meditation proves to be a viable solution for keeping your melatonin at an optimal level.

According to a study that explored if meditation could influence melatonin levels, the school of Psychology, La Trobe University in Australia revealed that the meditation practitioners in their study showed significantly higher plasma melatonin levels in the period immediately following meditation [8].

Therefore, not only can meditation silence the worrying thoughts that keep buzzing inside our heads at night, but it also increases the levels of melatonin – the sleep hormone.

I hope you found this article on The Positive impact of meditation on human physiology as fascinating as I do. My aim is that it’s provided you with valuable insights into just how powerful meditation is at holistically healing the body and mind, and reducing the risk of psychosomatic stress-related diseases.

If you would like to learn more about becoming a Transformational Meditation Teacher so you can facilitate deep holistic healing for yourself and your clients, I invite you to book a complimentary strategy call.

During the 30-minute call, I will help you create a plan and get crystal clear on how to: