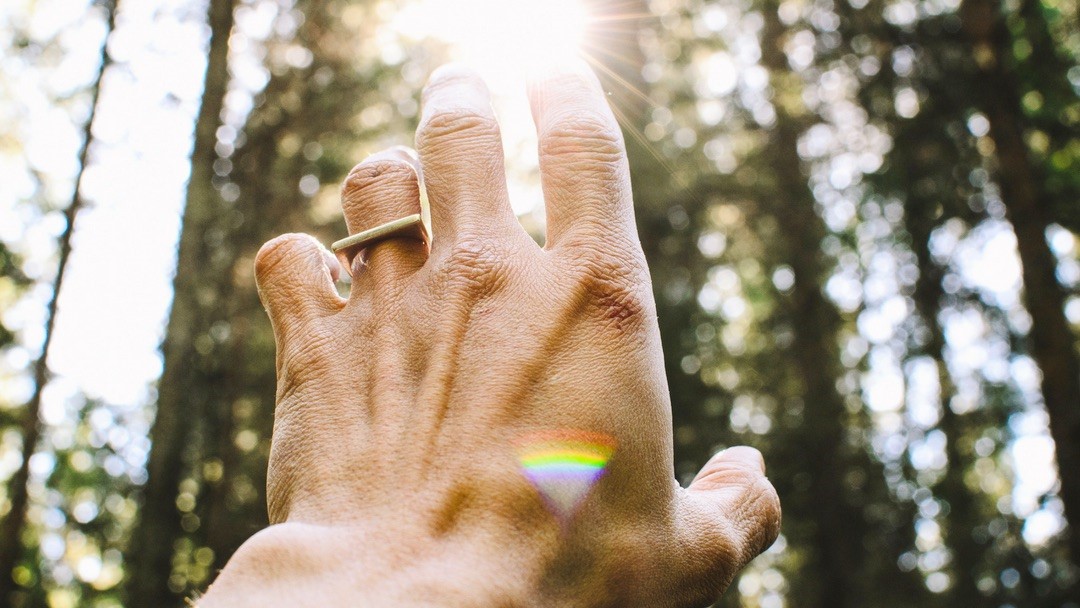 Tuning Into Higher States Of consciousness To Discover Your Life Purpose

In this article, we shine light on the fascinating concepts of exploring the depths of  your individual and the universal consciousness to discover your life purpose.

If you’re a coach healer, therapist or passionate about your self-development, healing and transforming your client’s lives, this topic is very important because it will transcend your clients lives from darkness to living a successful fulfilling purpose-driven life.

Ever since the dawn of civilization, human beings have always been in search of higher meaning and purpose. Fulfilling your life’s mission is perhaps one of the most daring goals you could ever achieve. It takes a lot of effort and dedication to pursue your dreams and live life on your terms.

But before you embark on this wonderful journey, you need to gain a profound understanding of yourself. You need to look beyond material gains and explore the spiritual nature of your being.

Human consciousness is a controversial topic. Throughout the years, countless philosophers, great thinkers, spiritual leaders, and researchers have tried to explain this phenomenon.

In fact, every person who’s interested in self-discovery and self-growth has probably contemplated the mysteries of consciousness. If you are one of them, you probably know how difficult it is to grasp this concept in all its complexity.

Consciousness is our spiritual mentor, a guide that helps us go through certain crucial stages and find our real purpose in life. It is also the moral compass that draws the line between ‘good’ and ‘bad,’ based on the values and principles we choose to adopt. It tells us what to do and how to do it, by taking into account some factors that can influence our path such as the risks to which we expose ourselves and the consequences that result from our actions and decisions.

From a psychological perspective, human consciousness is like a binding agent, bringing all our mental processes together to form what we call the human experience. Thanks to this amazing phenomenon, we can practice self-awareness and thus understand the way in which thoughts generate decisions which later materialize into actions. In short, consciousness gives us the opportunity to separate ourselves from what we think, feel or do and adopt an ‘outside-in’ perspective on our life.

Consciousness represents the source of our spiritual energy and the voice of our soul. It is the primary ingredient in every thought, emotion, sensation, and decision that trigger and influence our actions.

No matter how divided the world may seem and how many differences people can see between themselves and others, the undeniable truth about human beings is that they have a lot in common with the other inhabitants of the planet.

Linked to a common destiny, we all play a part in forming the collective body of all conscious life on this living planet. In other words, consciousness is not only individual but also collective. That’s why all cultures, societies, and religions share common elements. That’s why people from different parts of the world share common behaviors. For example, values such as honesty, love, or bravery were (and still are) considered worthy of respect by most civilizations.

If you are looking for a training that can provide you with systematic formulas and time-tested methods to guide yourself and your clients to tune into higher evolved states of consciousness, I invite you to book a friendly strategy call below to discover more about my Transformational Meditation Teacher Training Method. 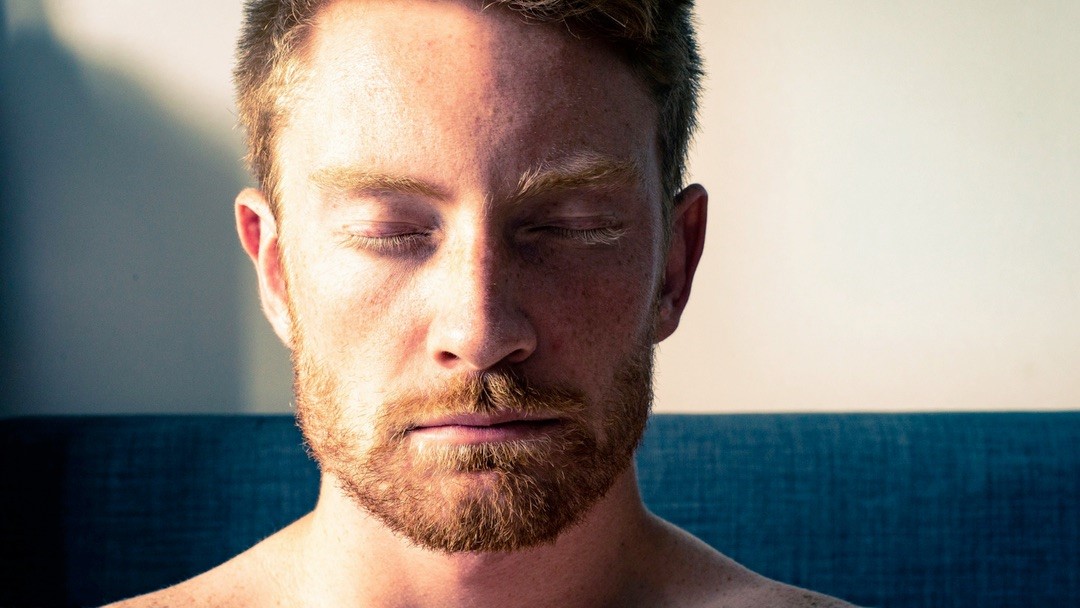 Since consciousness is a complex phenomenon that involves many aspects of human experience, it’s almost impossible to distill it into a straightforward definition.

Nevertheless, we’re going to try and explain it by highlighting its essential elements.

In broad lines, human consciousness represents the expression of our inner self. It is the filter through which we interpret reality. Without consciousness, we would be unable to exercise self-awareness or visualize the outcomes of our actions.

In a way, we could argue that consciousness is what brings together our physical, mental, and spiritual aspects. It is what makes us feel whole and ‘complete.’

No matter how divided the world may seem and how many differences people can see between themselves and others, the undeniable truth about human beings is that they have a lot in common with the other inhabitants of the planet.

Linked to a common destiny, we all play a part in forming the collective body of all conscious life on this living planet. In other words, consciousness is not only individual but also collective. That’s why all cultures, societies, and religions share common elements. That’s why people from different parts of the world share common behaviours. For example, values such as honesty, love, or bravery were (and still are) considered worthy of respect by most civilizations.

As the name suggests, collective consciousness encompasses the shared experience of all individuals. It represents the sum of every mind and soul that has existed on this planet, united in one form, with the aim of both individual and collective growth.

We all share an ancestral connection. In fact, everything in this universe is interconnected at levels we can’t even begin to imagine.

And there are many examples that could explain collective consciousness: people in a community thinking the same things as others elsewhere, similarities between various religious approaches, people who spend a lot of time together and start to emulate the same ideas, and the list goes on.

One of the first emblematic figures who took an interest in this fascinating connection between human beings was Carl Gustav Jung, one of the founders of psychoanalysis.

He called it ‘collective unconscious,’ a product of phylogenetic acquisition. This concept embodies not the individual experience, but the experience of the species.

Archetypes make up the structure of the collective unconscious – they are innate constructs that represent specific human situations and behaviors. For example, archetypes can appear in the form of symbols (the Christian cross), literary themes (love, death, good vs. evil), parental figures (mother, father) and the list goes on. As you can see, these archetypes can dictate the same actions and behavioral patterns regardless of the culture they appear in. A mother’s protective behavior towards her child will be relatively the same in all cultures and religions.

In a nutshell, Jung’s collective unconscious and archetypes represent the first attempt to provide a clear explanation for the collective consciousness that connects us all.

Perhaps an analogy will simplify things.

Another great example of how knowledge preserved and shared as a collective good is the Upanishads. These sacred Sanskrit texts contain the core philosophical and religious principles of Hinduism, a religion practiced by almost 1 billion people from around the world.

The Upanishads teach us that the way to attain liberation is to realise that ones true self (Atman) your individual consciousness is identical and connected with (Brahman) the universal principle, the ultimate reality in the entire universe.

By studying these sacred texts, we can tap into the collective knowledge of our civilization, discovering ways to achieve mental, emotional, and spiritual balance.

All and all, by tuning into higher states of consciousness, we gain a better understanding of our individual consciousness and tap into the unlimited resources of the collective and universal consciousness.

The miracle of human consciousness

The most amazing thing about human consciousness – be it individual or collective – is that even though we don’t have tools to measure and quantify it, we can experience it on a subjective level. But to delve into our individual and collective consciousness, we need to adopt a different mindset.

We need to open ourselves to new experiences and allow our mind to search beyond the observable reality. We need to immerse ourselves in a process of self-discovery that will eventually take us to higher states of consciousness.

By exploring your consciousness, you can gain profound insights about who you are, not just to yourself, but to the world. In other words, you get a chance to look at yourself from a global perspective.

Your consciousness is the best place to start looking for your life purpose and discover how you could positively impact the rest of the world.

But our individual consciousness is not entirely ‘individual.’ Part of it represents the collective knowledge of our species, a vast reservoir of insights, impulses, and instincts that may help you find a higher purpose and achieve your life purpose.

Overall, our individual and collective consciousness represent an expression of the spiritual nature that characterizes each one of us. This is the reason why spiritual leaders and scholars have always sought ways to understand its inner workings in hopes of gaining access to it. 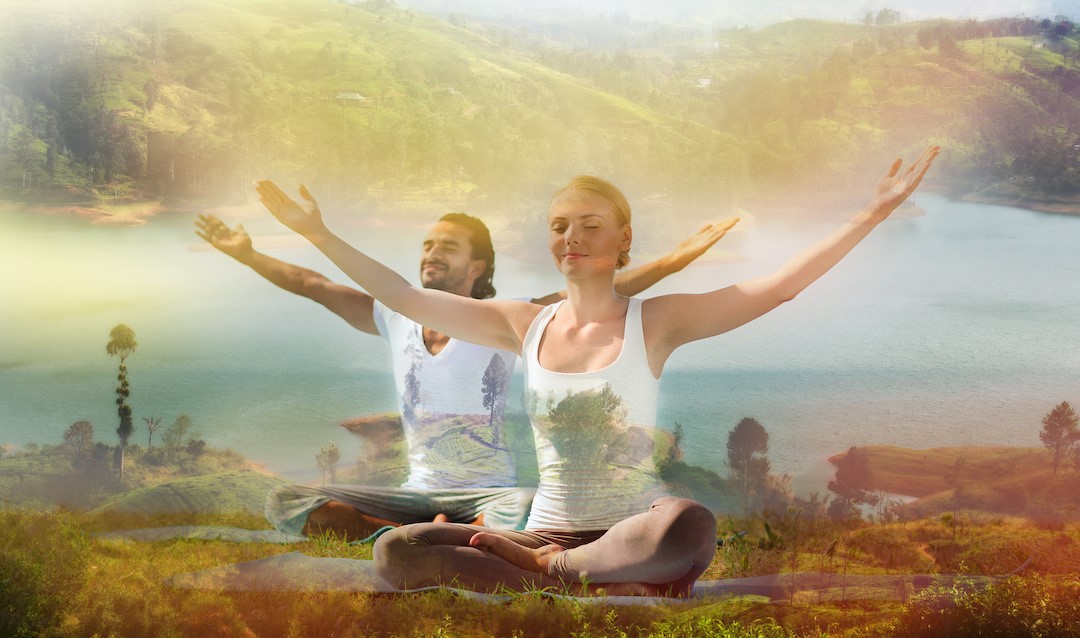 Exploring the Depths of Your Consciousness

Exploring the depths of your consciousness and discovering the essence of your life are perhaps the most daring goals one can achieve.

It takes courage and determination to look inward and shed light on the most intimate aspects of your consciousness. To be honest, you might not always like what you see.

Maybe you discover that the values you’ve been promoting throughout your entire life are not exactly the values with which you resonate most. Perhaps there’s a trace of selfishness and egotistic desire pushing you to behave in a way that’s incongruent with your life purpose.

Regardless of what you’ll discover, know that exploring your consciousness is the act through which you get in touch with your spiritual self.

Just close your eyes, put aside the ‘noise’ of the outside world, and let your mind wander. Observe the stream of thoughts, sensations, and emotions that are racing through your head. Imagine you’re an explorer, eager to discover the mysteries of this amazing inner world we call human consciousness.

There you will find all the answers and gain valuable mental and spiritual resources to help you achieve your true life purpose.

Higher states of consciousness that we achieve through meditation offer us a glimpse into our most authentic self.

And by understanding who we are and what our real purpose is, we can start designing our life purpose and live according to our core values.

When we begin to develop self-awareness; when we become mindful of how we interact with others (and the world in general); when we realize the powerful impact of our words, decisions, and actions, we finally experience that wonderful feeling of connectedness with the world that transcends us beyond individuality and into the realm of collective consciousness.

For centuries, people have been searching for a path to enlightenment that would give them access to higher states of consciousness.

Tapping into your individual and collective consciousness offers you the possibility to utilize your inner resources and achieve your life purpose.  And the best way to accomplish this is through specific meditative states.

That’s exactly what the Transformational Meditation Teacher Training Program is specifically designed to assist you to do. In fact, we have dedicated a complete module in the course where we teach you how to utilise the power higher meditative practices and detailed analysis to assist you and your clients to discover your life purpose. The methodology is in the teacher training program is called The Life Mission Model.

If you would like to learn predictable and reliable ways to tune into higher states of consciousness so you can discover your life’s purpose, I invite you to book a complimentary strategy call with me.

During the 30-minute call, I will help you create a plan and get crystal clear clarity on how to:

Book your complimentary strategy call by clicking the button below.