The Best Way To Practice Concentration (Dharana) Based Meditation Techniques

The Best Way To Practice Concentration (Dharana) Based Meditation Techniques 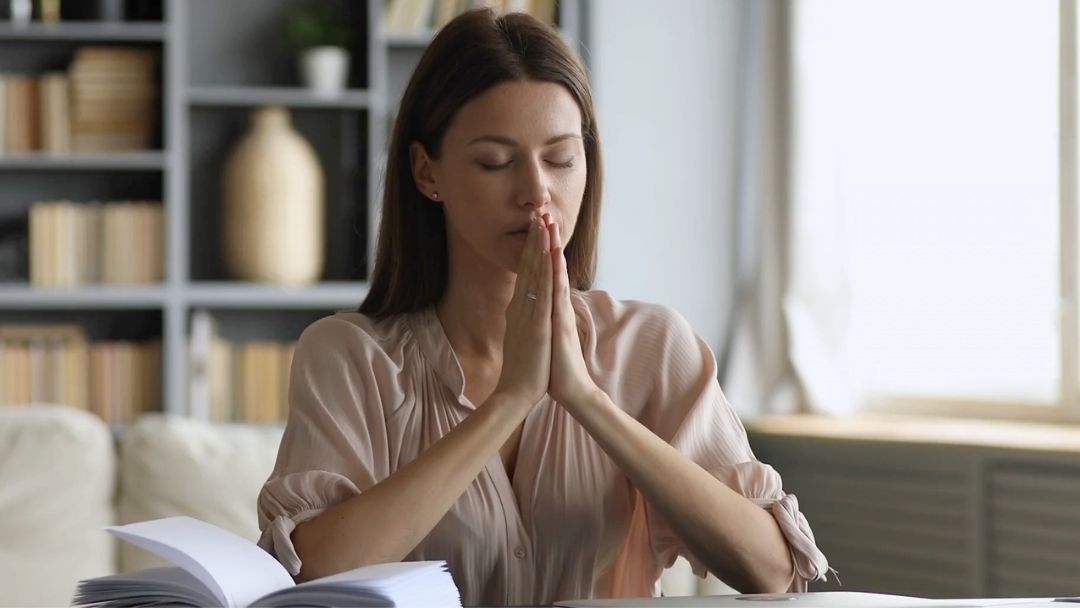 Dharana or Concentration Based Meditation Techniques

We will talk about how you can practice a variety of Traditional Mantra Meditations for a diverse range of powerful benefits, the best way to integrate Personal Affirmations or Personal mantras into your meditation practice

We will also cover innovative ways to practice Visualisation Techniques to get crystal clear on our goals and dreams and how your  are going to materialise them into our reality.

Why learning dharana meditations the right way is so important.

The truth is, they are easy once you learn the right techniques.

So If you are having challenges learning or practising concentration meditations, I’m going to help you solve any challenges you might have had through this article.

How this article will help you.

Ultimately, you will get the opportunity to learn more about my program called the Transformational Meditation Teacher Training Method, where you’ll develop the ability to create your signature style and can become a world-class meditation teacher and true world leader in personal development.

If you are interested to see if this program is for you, I invite you to book a friendly strategy call with me by clicking the button below.

Concentration based or focused attention meditation techniques as scientists like to describe these set of practices have been recorded in many of the oldest ancient yogic texts such as the Vedas, the Tantras, Pantajali Yoga Sutras, and Various Buddhist texts.

What Are Concentration Based Meditation Techniques?

The Sanskrit word Dhāraṇā translation in English is concentration. Dhāraṇā is a collection of practices that focus one’s awareness to an object or mantra, yantra, mandala, deity, breath, or the thinking process.

Dharana means ‘to bind, to focus, to hold the mind at one point.’ The foundation of the mind must be developed so it is stable. The point of focus should be something you can easily focus on without force. 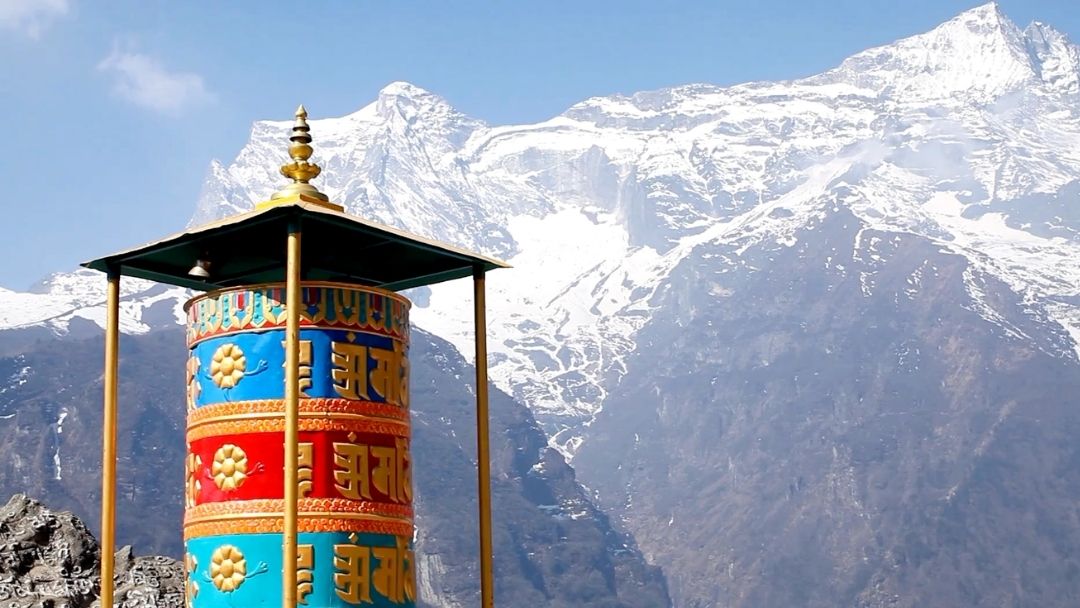 Mantras encompass an array of sacred sounds, chants or words that are said to have been realized by the ancient rishis in the highest states of meditation and are believed to have special spiritual powers.

The earliest mantras were documented in the ancient Vedic texts of India, and are at least 3000 years old.  However, Mantras have more than likely been practised thousands of years earlier and maybe older than language.

Mantra meditations are advocated by certain schools of thought to be one of the easiest and powerful meditation techniques. The root ‘Man’ in the word Mantra comes from the first syllable of that word, meaning ‘to think’, and ‘Tra’ from ‘Trai’ meaning ‘to protect’ or ‘free’ the mind.

In the 21st century, mantras now exist in nearly all of the world’s schools of Hinduism, Buddhism, Jainism, Sikhism, Tantra Zoroastrianism, Taoism, Christianity. Furthermore, mantras are also practised without any religious or spiritual significance with great benefits.

The use, structure, importance, and types of mantras use vary according to each school and philosophy.

Within certain Tantric schools, some mantras are considered to be sacred and personal, effective only after initiation from a guru, nevertheless, there are many tantric mantras that require no formal initiation.

In other schools of Hinduism and Buddhism for example, initiation is not a requirement and the practitioner can choose his or her own mantras.

The truth is, mantra meditations that are not secret, and the meaning is known, are mentioned in numerous texts and have been practised for thousands of years with great benefits.

When the meaning of the Mantra is known to the practitioner, Mantra meditation evokes positive feelings and emotions which have a powerful healing effect on the body and mind.

Why Practice Mantra Meditations on a physical level?

Every form of matter in the universe down to the smallest atom is vibrating at its own frequency, speed and volume. Even our thoughts, feelings and emotions are vibrating at their own frequency, whether they are in harmony, or dissonant and unpleasant.

According to yogic philosophy when there is disharmony in the energetic fields within the body or mind, energy blockages occur, and illnesses are formed. Mantra Meditations produce positive vibrations that have a profound effect on the physical and energetic dimension of our human experience.

Why Practice Mantra Meditations on a Mental and Spiritual level?

On a cognitive level, Mantra Meditations transcend an over actively ruminating mind and settle it down. This process further activates the rest and rejuvenate the para-sympathetic nervous system.

When the mind is in this relaxed state, it has a natural tendency to move towards inner peace, inner focus, inner happiness, and clarity.

This is the natural state of your mind. It has always been with you. We all have these states within us, we all have the ability to access a calmer, peaceful clear and harmonious mind.

The main goal of mantra meditations is to transcend the meditation aspirant out of the overactive monkey mind and into intuitive states of higher consciousness. This is where all of the magic happens.

In these evolved states, the mind is very peaceful and calm and very receptive to change, depending on the desired outcome for your meditation practice.

The reason why this is so effective is that, after practising the initial pratyahara and mantra meditations, the subconscious is open to direct suggestions. Therefore, it’s the perfect time to implant personal mantras or affirmations into the subconscious mind.

This process reprograms the subconscious mind and facilitates long-lasting growth change and transformation. 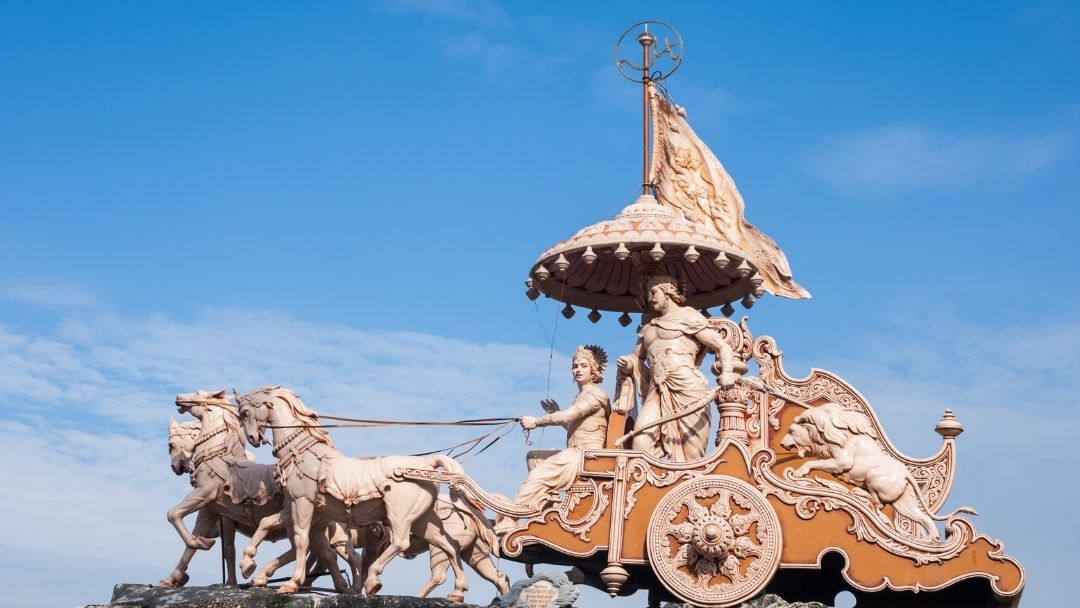 How to Practice Mantra Meditations?

Deciding on a Mantra.

Number One: Bija or seed mantras, which have no meaning but are utilized to induce a heightened state of consciousness. Bija mantras are said to have energetic and spiritual powers.

Number Two: Mantras that have a meaning to the practitioner and are expressed with a strong belief, such as repeating names of Devine forms. Personal affirmations or personal mantras are other examples.

Deciding on a Mantra.

Many Bija mantras, in general, have no meaning but have special vibrations. However, the great yogi Swami Sivananda of Rishikesh advocates Repetition of Mantras in the Name of the Lord should be practised.

This is known as Japa. Japa (Sanskrit: जप) is the meditative repetition of a mantra or a divine name. This particular mantra can be from any deity or religion, for the yogis believe all religions and gods are the same.

However, the mantra does not have to have any religious significance. Therefore the mantra should be one that feels natural to you.

As you progress your meditation practice, you can introduce additional mantras that are more extensive and have more sounds, words, and meanings. 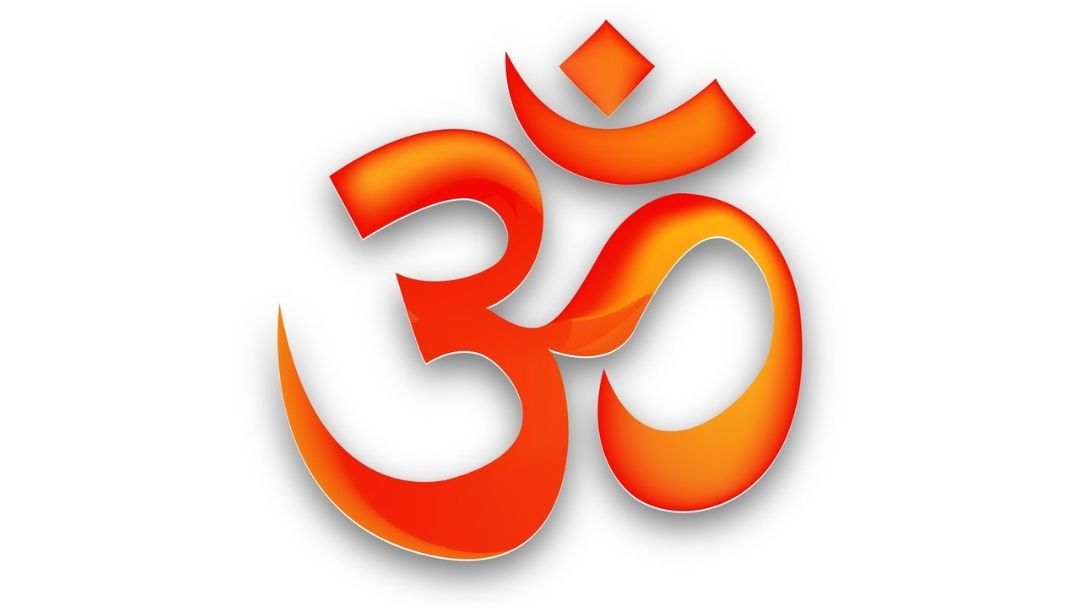 The Aum is a great place to start, it is mentioned in numerous texts and is described as the holy sound of the universe. Aum is said to be the king of all mantras and it can be practised by anyone.

The repetition of Aum calms the mind and tends to distract it from day to day worries and tensions.

Experiencing Aum will lead to a deeper understanding of other mantras.

How To Practice The Aum Mantra.

Aum can be chanted slowly or quickly in time or out of time with the breath. Each method is as good as the other and you must experiment yourself to find out your own preference.

A powerful method can be to chant Aum in sync with the heart and feel Aum resonating throughout the whole body in tune with the natural heartbeat.

Aum can be chanted slowly or quickly in time or out of time with the breath. Each method is as good as the other and you must experiment yourself to find out your own preference.

A powerful method can be to chant Aum in sync with the heart and feel Aum resonating throughout the whole body in tune with the natural heartbeat.

The AUM mantra has slight differences in meanings depending on individual spiritual references. It is said to represent the individual consciousness within, called Atman.

Additionally, it is said to also signify the essence of the ultimate reality, the cosmic, divine, supreme spirit called Brahman in Sanskrit. 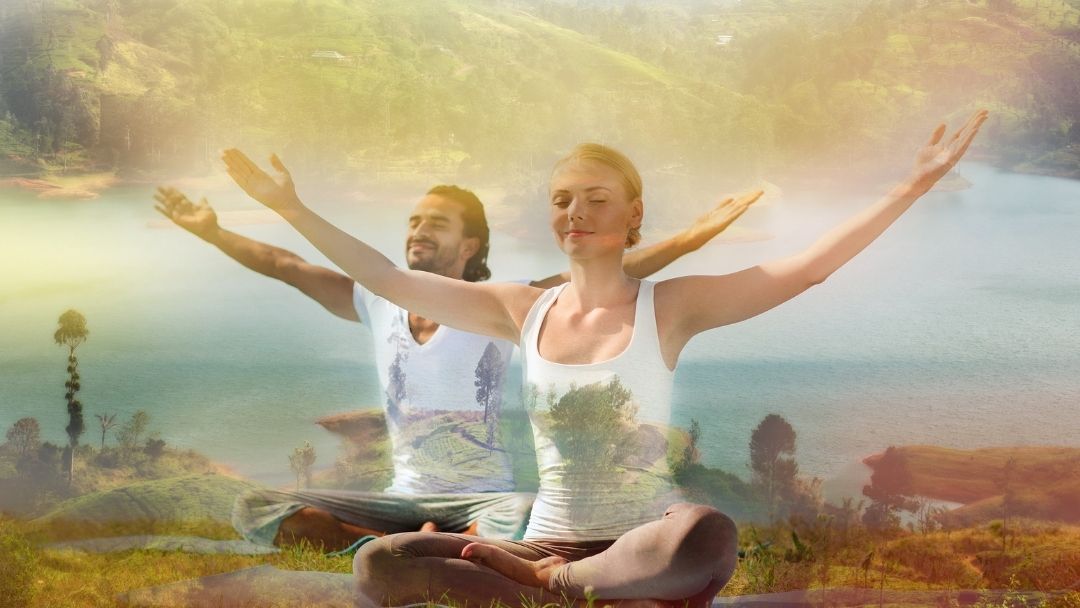 So Ham or Hum So Mantra

The So Ham is the next mantra you can practice that is widely accepted. So ham naturally corresponds with the actual sound of inhalation and exhalation.

If you listen carefully to your breath, you will hear the sound So with inhalation and Ham with exhalation. The meaning of the mantra So ham is not essential for the practice.

However, it is worthwhile explaining it: So ham means ‘I am He’ or ‘I am Shiva’ or ‘I am consciousness’.

Mantras that represent Devine deities or whatever you believe in a higher reality can also be chanted. Examples are Ram, Rama, Shiva, Durga.

How to Practice Devine Mantras.

When Practicing Devine mantras, repeat the mantras with the feeling of knowing their divine meaning. (Personal to you)

When repeating these mantras you can visualize your chosen Devine object. Divine Mantras is very powerful when repeated with awareness on the heart chakra.

Feel that your heart is being purified and that the mind is becoming steady by the power of the Mantra. Furthermore, feel your heart and whole body connecting to, and receiving the grace of your belief in your spiritual higher reality.

The initial stages of Kaya Sthairyam are perfect for this purpose.

Mantra Meditation can and more than likely will at some point in time evoke past unpleasant experiences. When this occurs become the detached witness to what arises as much as possible.

Witnessing will help to realise the emotional charge of past experiences and cleanses the mind.

However, If you need help reach out to me or a trusted adviser/health care professional. 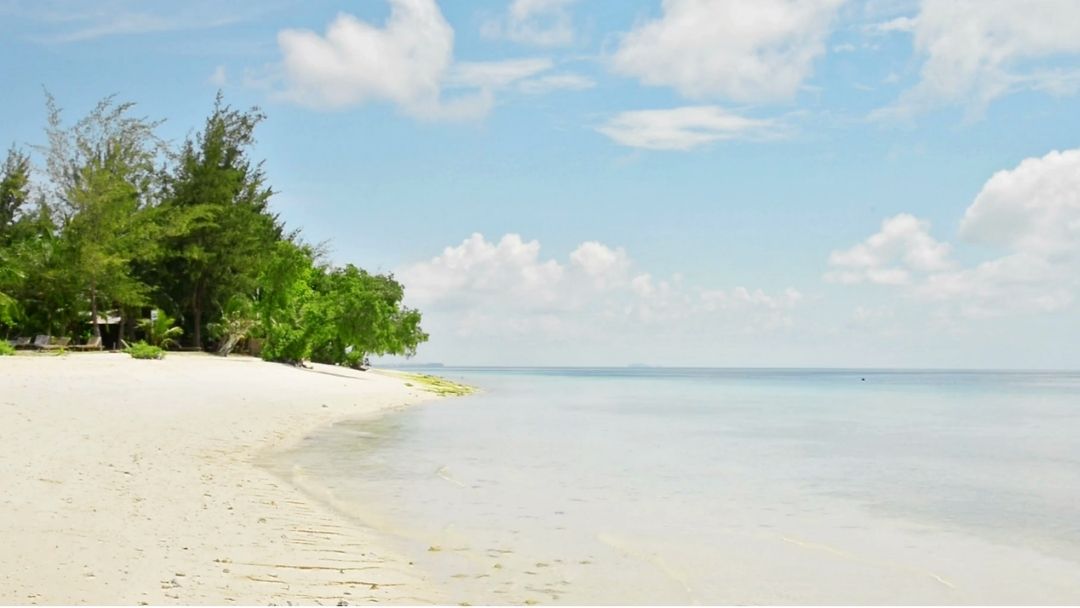 The Benefits of Mantra And Concentration Meditation Techniques.

Mantra and concentration meditation techniques help you build a strong foundation to assist you to become mentally stronger and confident.

It helps free up your mind from futile and annoying thoughts by focusing the mind on more positive thoughts, and it aids in reprogramming the subconscious mind.

These techniques enable you to enter into a state of focused inner peace that leads to heightened awareness, greater self-knowledge, and understanding of life.

You will activate the law of attraction because where your awareness consistently flows is what will start attracting into your life.

Furthermore, these techniques will redirect your mind to focus on accelerating the creation of your goals dreams and aspirations.

Additionally, on top of those mental benefits, Dharana meditation techniques have been scientifically proven to produce many health benefits ranging from reduced stress and anxiety to reduced blood pressure and reduced risks of stroke and heart attacks.

I hope you enjoyed learning about Dharana or Concentration Based Meditation Techniques. In my program The Transformational Meditation Teacher Training Method I go deeper into how to integrate these powerful practices to lead one on one meditation sessions, conduct live and virtual retreats, and create your own unique courses, products and services.

If you would like more information about becoming a Transformational Meditation Teacher, I invite you to book a complimentary call with me below.

During the 30-minute call, I will help you get crystal clear clarity on how to:

Book your complimentary strategy call by clicking the button below.